Until further notice, in response to the COVID-19 pandemic, we are no longer inviting guests into our community. Visit our Coronavirus Preparedness page to learn more. Please email or call us at 267.454.6785 if you have any questions or concerns.

When guests visit Kyffin Grove, there are lots of friendly faces to greet them. One of those faces is Lena.

“I’ve been called a people person,” said Lena, “When new neighbors move in, I take a walk with them to introduce them around. Then, at dinner time, I'll invite them to sit at my table.”

At the table, they can often expect a special gift. “I love to take pictures of people. I’ve got albums full, but I really like surprising people with the ones I like most.”

Lena has been a shutterbug since she received a small box camera for her 13th birthday. The camera, like Lena, came from Italy.

Lena arrived in the U.S. at age 11, and while adjusting was sometimes hard, her classmates made it easier.

“When I first came to America, the kids in my class were so nice to me. They helped me learn the language and feel comfortable in my new home.”

And now, all these years later, Lena uses her photography and her 'people personality' to make people feel welcome in their new home.

Would you like to learn more about Kyffin Grove? 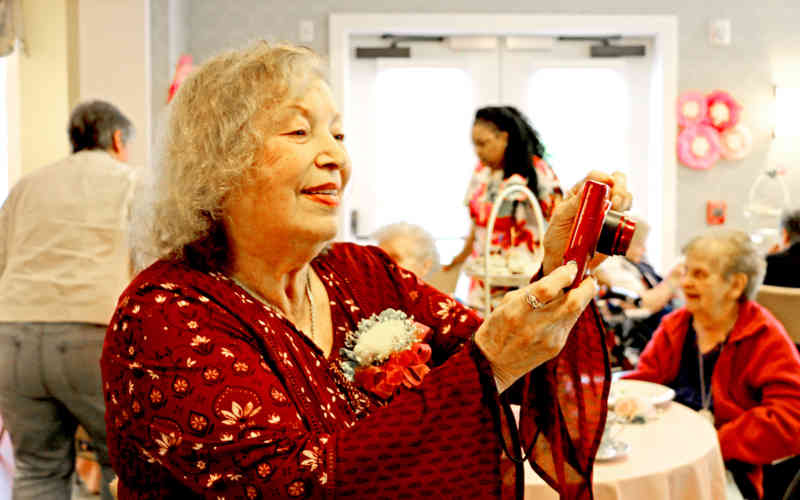